How To Unclog a Shower Drain: The Ultimate Tips

Smartlydwelling is independent – we research, test, and rate the top products to help you make the right buying choice. We sometimes use affiliate links and may receive a small commission on your purchase. Learn more…

Just as any other plumbing fixture in your home can become clogged, the shower drain is no exception.

So what’s causing the blockage?

All the yucky stuff, such as soap scum, mineral buildup, debris, dirt, tree roots, and objects, can be challenging to move, especially when wrapped with all the hair that goes down the drain.

You are reading this because your drain is due to be cleaned. How to unclog a shower drain?

We’ve got just the tips for you!

Signs Of a Clogged Shower Drain

Don’t just yet call a plumber.

When it comes to clogged drains, the majority of problems can easily be solved with the proper toolset.

The buildup caused by scum accumulated over time is the main problem for your drainage.

To keep it from getting clogged, it’s essential to get into a habit of cleaning your shower drain often.

The clogs can become worse over time and cause severe damage. That’s why you want to avoid being introduced to such problems and act as soon as possible.

Surely you don’t want to end up with a flooded bathroom. A repeatedly clogged drain can be an indicator of a serious blockage.

Usually, that’s not the case, and there are remedies that we’ll go over, so follow through.

If you have a seriously bobbed-up shower, the plunger is what you should be reaching for to get the job done right.

Whatever might be stuck in your shower drain, causing the clog, a plunger will help loosen the yuckiness with the force of pressurized water in both directions.

Here’s How To Unclog a Shower Drain With a Plunger

If you haven’t used a plunger yet, there’s nothing to be ashamed of.

Here’s how to use one properly. Let’s get plunging!

This method is especially useful for unreachable spots by bare hands.

… if you have a badly clogged shower drain filled with a bunch of hair, it’s time to go fishing.

Well, not that kind of fishing, but fishing some hair in your drain with a wire hanger.

Down the list, we go with another method to unclog your drain.

When it comes to expertise, you don’t need to have a special degree to perform this task.

It has a high success rate, and it’s relatively cheap.

This convenient device can usually be found at a home center.

Here’s How To Unclog a Shower Drain With a Snake

4.  Method To Clear The Blockage By Hand

While mineral buildup removal with hands doesn’t have a high success rate, you can effectively remove small objects and hair from your drain.

Here’s How To Unclog a Shower Drain by Hand

With a vacuum, you can successfully clean a clogged drain!

… not a regular vacuum, but a wet/dry shop vacuum.

Clogs caused by soap scum and grease can be effectively cleared with boiling water.

You’ll want to inspect the clog and see how significant it is.

If your drain is badly clogged with all kinds of buildups wrapped in hair, this method may not work for you.

Make sure that your piping system is made from metal. It’s worthy of keeping in mind that boiling water isn’t recommended for PVC pipes, as it can cause joints to become loose.

Here’s How To Unclog a Shower Drain with Boiling Water

If you’re looking to avoid strong chemical products, then this homemade natural remedy is a great alternative to clear your blockage.

This method is particularly useful for clogs that are caused by hair or other organic matter.

While this is a great method for damage prevention on plastic pipes, chemicals might still end up being your solution as a last resort.

Using harsh chemicals might not be a preferable method because they’re potential harm to our body and pipes as well.

If you have a severe drain blockage and not much time available, it’ll get the job done in no time.

These commercial drain blockage remedies are available in a wide variety of options. They can be acquired at your local supermarket and are often found at hardware stores.

Here’s How To Unclog a Shower Drain with Chemicals

For this gross but fundamental and cheap homemade hack, you’ll need a few standard old zip ties and gloves to protect yourself from drain scum.

None likes a messy floor, mostly not a bunch of gunk, so make sure to grab a trash can before you start snaking the drain.

Here’s How To Unclog a Shower Drain with Zip Tie

If your clock is not running out and natural eco-friendly cleaners are what you’re looking for, then this method will cure your clogged shower drain and should be your go-to option.

With Enzyme cleaners, not only do you avoid the dirty and hard work, but they can also be very effective.

These bio-enzymatic cleaners, with the use of harmless bacteria, digest waste, stains, and soils.

Specifically designed enzymes break down debris and soils into small pieces created from the good bacteria, essentially clearing the pipes.

This biological method requires patience as it does take time to work.

With that being said, simultaneous usage of chemicals and enzymes is a no-go because the good bacteria and biological cleaners are effective less with the presence of commercial cleaners.

You shouldn’t use the shower for a minimum of eight hours once the enzymatic cleaners have been applied.

Obviously, calling a plumber might not be an ideal option, especially if you’re trying to save the expenses that come with it.

… having a blocked drain can be a traumatic and unpleasant experience, and you might need to go with the least affordable option as a last resort.

Keep in mind that it’s not all that bad.

Calling a professional is the least trouble and can also save you money down the road.

Hopefully, these methods have helped you solve the issue. We would love to hear from you!

Please throw us a question in the comments below and share your success stories about which method worked best for your shower drain!

How to Prevent Future Shower Clogs?

With very little work, you can save time and effort.

Make it a prevention habit and pay regular attention to your drain, which is always better than remedy.

There’s so much hair being shed into the drain, so you’ll be better off buying a hair catcher to protect your plumbing system.

A small price to pay is a bi-weekly clearance of it.

While a hair catcher will do most of the part for debris and hair entering your drain, there’s no stopping the oil, shampoo, or soap flowing through, easily clogging the drain with over time buildup.

Weekly flushing with boiling water can certainly help with the addition of baking soda. Loosen any gunk with this simple plumbing maintenance method to prevent clogs. 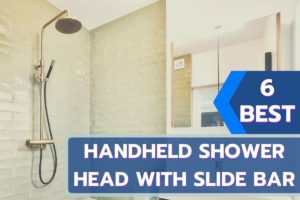 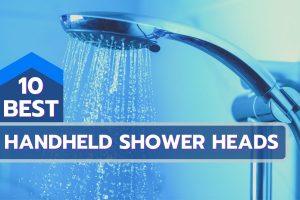 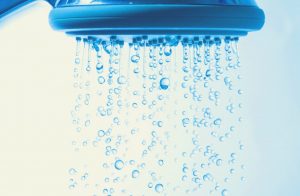 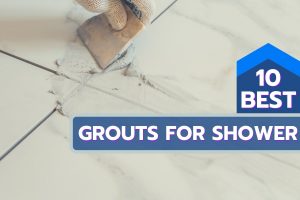 Best Grout For Shower In 2023 – Bulletproof Your Shower 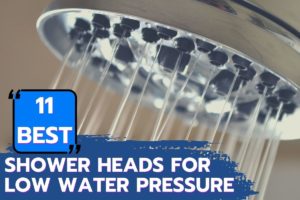 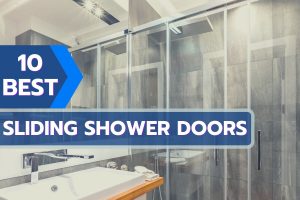 Hey there, my name is Alex and I am the creator and editor of this site. My interest in home improvement has continuously grown over the years and my mission is to help you gather the information you need to improve the quality of your bathroom experiences.
PrevPrevious
NextNext