Is your shower seriously old and outdated? Maybe it looks like something you’d see in a 70’s movie, and you are desperate to upgrade! You are not alone. Thankfully there are thousands of different shower heads and shower systems that you can install yourself quickly and easily. But which one is right for you? Which style should you be going for? With our hand held shower head reviews, we want to help you find the best fixture for you.

In this article, we will talk about the different types of shower heads and how easy they are to install. We will cover which ones are great for low water pressure, which are useful for pets and which are the most luxury you’ll find in a bathroom! Read on and see which shower works for you.

In this article, we’re going to review the following Hand Held Shower Heads:

With so many different showers to choose from, we are going to break them down into subgroups and explain each one. From the best rainfall shower to the best handheld shower head with on off switch, we’ve covered them all!

This is the most commonly found shower head across the US. These shower heads are fixed to the outlet of your shower (which usually protrudes from the wall), and while they are tiltable, they are not completely flexible and can’t be taken off the wall to use. You will find that fixed shower heads usually have a variation of shower streams and have a greater area from which the spray flows. These shower heads are easy to install and can be swapped over in minutes.

These shower heads are more flexible than the fixed shower head and can either be hung using a wall bracket or can be taken off the bracket and applied by hand. These handheld shower heads vary in size and style too. You will be able to pick up a handheld shower head for less than $100, which will have multiple spray settings, a slider rail, and everything needed to install it.

If you, like many others across the country, suffer from low water pressure, you will greatly benefit from a low-pressure shower head. These showers are designed to use your existing water supply, add pressured air, and increase your water’s overall pressure. This is really beneficial for the larger shower heads, such as the rainfall heads and massage function heads.

Living in a hard water area can be a real pain and if you don’t have a filter built into your water system (which can set you back thousands of dollars), then you might want to consider a hard water shower head. These showers have a built-in filter that removes any chalk or limescale from the water before it reaches your shower head. IT helps reduce the build-up of limescale on the head itself and provides you with softer water, which in turn makes your skin softer.

Watching how much water we consume is so important. It is a commodity that we need to preserve and that we need to consume wisely. This is why so many States are now enforcing water-saving faucets and showers in people’s homes. Because of this, water-saving shower heads are becoming more and more popular. They work in a similar way to a low water pressure shower head in that they add air into the system to increase the pressure rather than using too much water.

So now that you know what the different types of shower heads are available, we want to help you find the best shower head combo for you. This list consists of varying types of shower heads, including water-saving ones and low-pressure ones. Each one has its benefits, and these will be listed below. Take some time now to have a look through our reviews and see if there is a shower head here that will fit your bathroom nicely.

Want a bit of luxury in your bathroom but only want a handheld shower head? Then the Aqua Dance High-Pressure Handheld Shower might be a great solution. This shower comes in 3 different colors, which are oil rubbed bronze, chrome, and brushed nickel. This versatile shower head can be mounted using the bracket that comes with the shower head. The head of this shower is a 4 inch wide face which contains silicone nozzles. These nozzles are super easy to clean and only need to be rubbed in order to remove all of the debris and limescale.

This shower head has 6 different settings, such as water-saving mist and pause. These settings can be changed mid-flow, so you have complete control over your showering experience. The kit comes with the head, a bracket, additional tools for installation, and even some plumbers tape, so you have everything you need to change over your new shower head. Best of all, it comes with a lifetime warranty, so even if anything does go wrong with your shower, they will replace it with no qualms.

Now this shower is by far one of the sleekest we have seen in a long time. This sharp square design is a great addition to any ultra-modern bathroom and would work just as well independently as it would in conjunction with another fixed head shower. The Ownace comes in black, chrome, and brushed nickel and is corrosive resistant. You have the option to buy the set, or you can buy the shower head on its own. However, we recommend that you purchase the entire set. It is really important that you replace your pipes each time you replace your shower. Otherwise, old debris and limescale can get sucked into your new shower head and cause blockages.

This shower is low on water consumption and provides a steady stream of water (although it doesn’t have any additional spray functions). The whole system is made from sturdy brass, and, unlike other showers, this won’t warp under high temperatures. Overall, this shower is a great addition to a bathroom or even a boot room. With its 1.2 meter hose, you should be able to reach any angle and use it for all situations.

This dual combo is a great setup with both a fixed shower head and a handheld showerhead in one. The fixed showerhead is situated high up near the water outlet while the handheld shower head bracket is located just above it. This means that when both of the shower heads are spraying together, you get a seriously powerful and widespread shower. These two shower heads have 30 different spray settings that can be used in conjunction or independently. With a 7 inch larger face and a 4 inch smaller face, there won’t be any part of you. It won’t hit!

The heads have silicone nozzles with Micro Ban technology, which helps to keep control of any germs that might be in your water system. It also helps to reduce the growth of mold or bacteria in your shower head. These nozzles are easy to clean by simply rubbing them, and this then dislodges any debris. While this shower might not be the most water-saving shower, it does provide you with a seriously luxurious and flexible shower, which is worth the extra!

Moen is a brand that is widely known for its high quality and technology that it puts into each and every shower. The Moen Magnetix is no different. This shower head is not only a great functioning shower, but it also has a brilliant additional feature, which is a magnetic mount. This mount can be installed directly onto your water outlet or mounted onto an extra slider bar (although this will have to be bought directly from Moen). The magnetic mount works by using a magnet on both the mount and the shower head to attach them together, rather than slotting the shower head into a bracket holder.

In addition to the quirky mounting, this shower is a stunningly designed piece that is available in brushed nickel and chrome. These colors come with a Spot Resist coating, which will prevent any corrosion or water damage. The Moen Magnetix is Water Sense Certified, meaning that it uses less water than a traditional shower. It is suitable to install in almost all States, but we do recommend that you check before purchasing. A Lifetime Warranty also covers the Moen Magnetix, even if your shower head does go wrong, you can swap it quickly and easily thanks to the warranty.

Looking for a shower that won’t break the bank but will still help you with your low water pressure? The Waterpik High-Pressure Handheld Shower is a great option for you. This shower uses a unique mix of water and air to create a high-pressure stream. The spray functions include a pressure spray, which actually limits the number of nozzles it pushes water through, and this, in turn, creates more pressure. In fact, its power Pulse Massage function has had rave reviews from customers and is a great way to help ease those knotted muscles. This handheld shower comes with a bracket to easily install it into your bathroom and take it down as you wish.

It comes in chrome and has 7 different spray settings in total. These include full body spray, Power Pulse, massage, power spray, mist, power mist, and pause. This all American design also has silicone nizzles. These nozzles are specifically designed to be easy to clean and to limit the amount of limescale build-up that might occur in your shower. This shower also comes with a 5-foot hose so you can reach to the end of your bathtub or shower and be able to perform additional tasks such as washing the kids or your pets.

So there you have our top 5 handheld shower head reviews. We have compiled a list of shower heads that are of varying budgets and varying styles. It is up to you how much you send on a shower head, but we highly recommend that you try to buy a brass molded head rather than a plastic head if you are looking at low-budget options. This will save you money and time in the long run because they are sturdier and less likely to warp in high temperatures.

As for our favorite shower head? That’s a tricky one! If we were looking for a shower head that we wanted to install alongside an existing fixed head shower then we would probably go for the Ownace Square Handheld Shower Head. While it looks fab with its square design, it isn’t practical for everyday showering. If we were going to pick one from the list for our main bathroom then we would choose the Aqua Dance Rainfall and Handheld Combo. This shower combo isn’t the most water-efficient on our list, but boy, would it feel nice to step into all that water each morning! Good luck with your bathroom renovation. We hope it looks fantastic when it is finished! 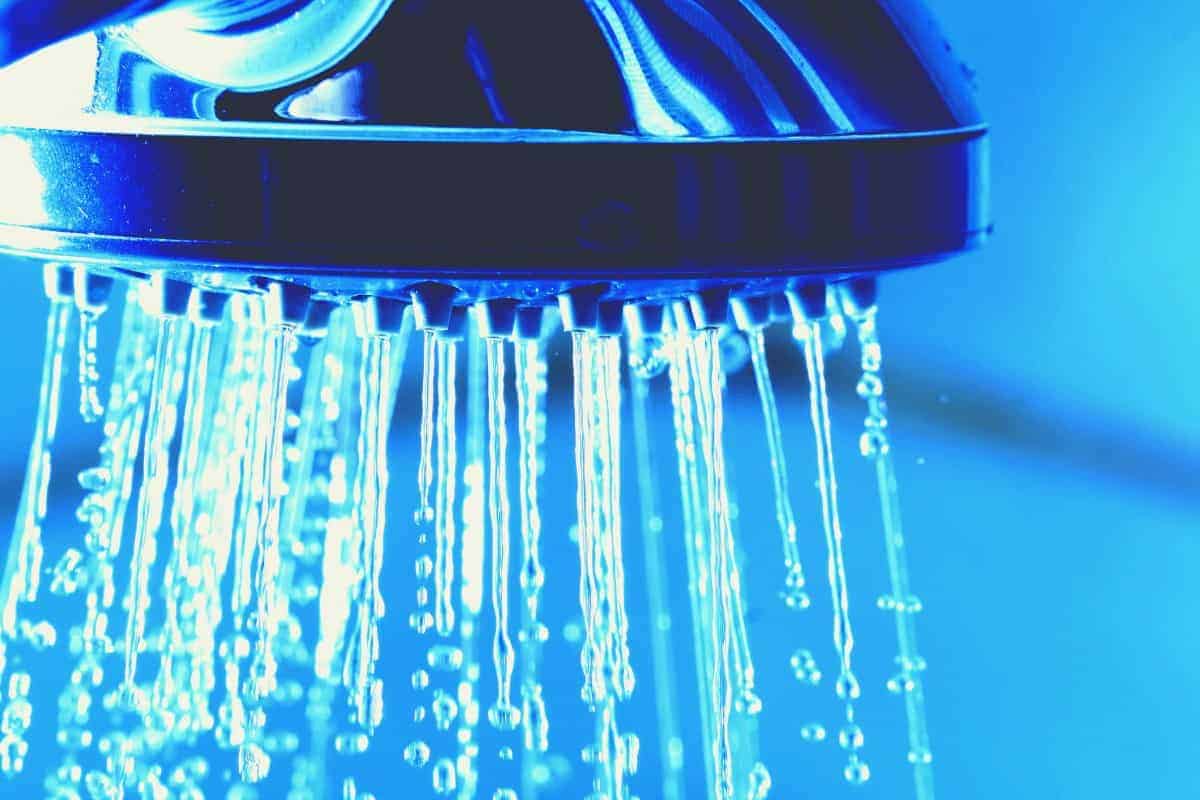 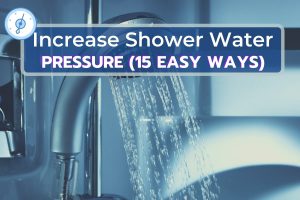 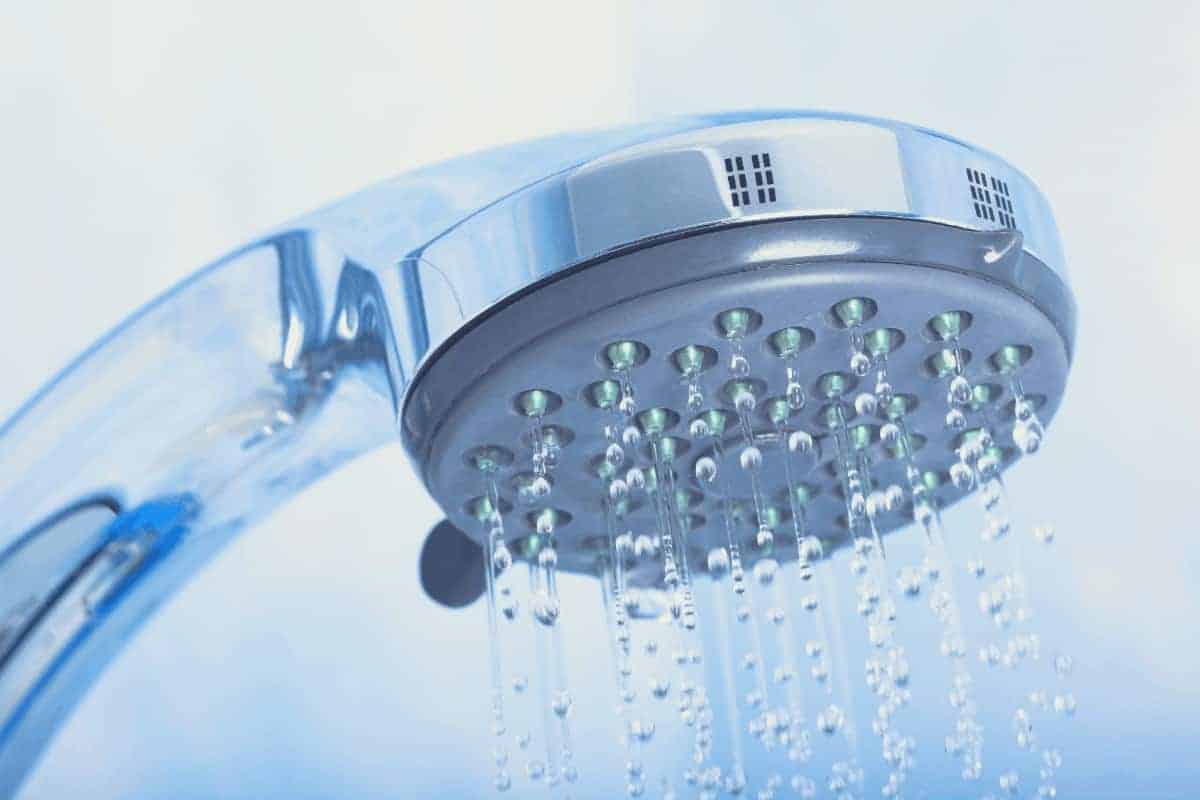 5 Of The Best Massage Shower Heads For Amazing Showering Experience 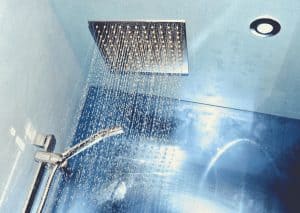 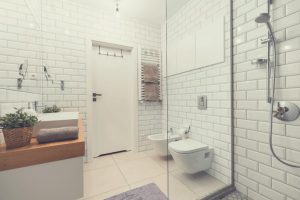 Hey there, my name is Alex and I am the creator and editor of this site. My interest in home improvement has continuously grown over the years and my mission is to help you gather the information you need to improve the quality of your bathroom experiences.